Castrol Malaysia announced the launch of the all-new Castrol POWER1 by unveiling a total of four new variants tailor-made to suit a motorcycle’s special demands. The new formulation boasts better performance as a direct result of improved technology and product specification upgrade.

Along with the launch, a total of two existing variants were re-launched with new improved formulations, namely the Castrol POWER1 4T 10W-40 1L and Castrol POWER1 Racing 4T 10W-50 1L.

Setting itself apart from its competitors, the new Castrol POWER1 with Power Release Technology™, optimises friction which in return provides motorcycle enthusiasts with faster, more superior acceleration at the twist of the throttle.

Speaking at the launch, Keow Mei-Shan, marketing director of Castrol Malaysia, said “We are constantly evolving to keep abreast with the needs of our consumers. The new Castrol POWER1 range is the direct effect of that very initiative. What remains at the forefront is our focus in continuously offering the best – Whether it’s an entirely new range or an improved formula, it comes with years of expertise and thorough research.”

As the proud sponsors of the Castrol LCR Honda team and in conjunction with the MotoGP, Castrol also announced the new Castrol POWER1 RACING with Race Derived Technology ™, proven to stay strong and deliver acceleration in race track conditions.

Understanding that smooth acceleration is crucial among bikers, the new Castrol POWER1 line caters to riders across different bike segments who are faced with ever-changing traffic conditions, in ensuring continuous top performance.

Castrol (www.castrol.com/my) is part of BP and is marketed under the lubricant arm of BP Group known as BP Castrol Lubricants (Malaysia) Sdn Bhd in Malaysia. Castrol Malaysia is one the market leaders in the retail automotive lubricants segment.

Castrol Malaysia has one manufacturing plant located at Port Klang and has a strong distribution network reaching out to more than 14,000 customers including retail outlets and workshops. The company also reaches out to its customers through exclusive outlets including Castrol Auto Service and Castrol Bike Points in Malaysia. 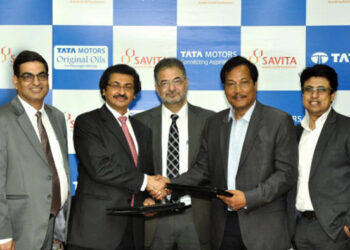