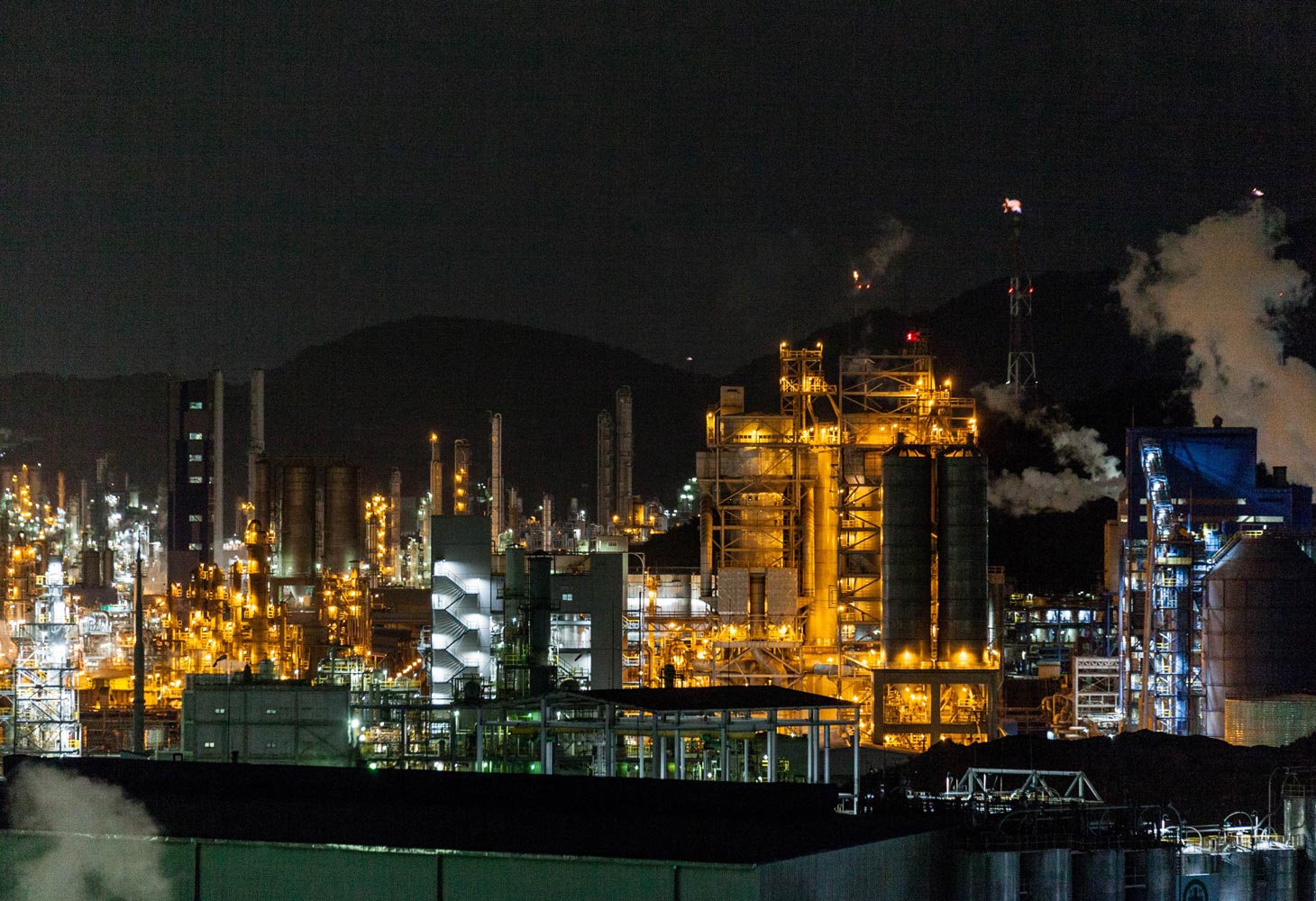 Annual global consumption of finished lubricants in the last decade ranged between 38-42 million tons and is expected to reach ~48 million tons by 2035.[1] However, climate change, sustainability concerns and the pursuit of higher performance by original equipment manufacturers (OEMs) are resulting in greater use of synthetic lubricants. In the past, demand was constrained by the higher cost of synthetic base fluids.

The term “synthetic” has been contentious technically. Synthetic denotes a fluid that is entirely built-up by chemical processes from simpler compounds and raw materials, not by refining mineral oils from crude oil.

Base oils have been categorised by the American Petroleum Institute (API) into five groups. Groups I to II are related to mineral oils and are used in 90% of finished lubricants. Group III are more refined mineral oils. Group IV are polyalphaolefins. Group V are any other base fluids.[2]  A shift in market demand from Group I to Groups II and III has occurred over two decades, to meet new requirements for lower sulfur content, better fuel efficiency, and lower viscosity index.3

Only Group IV is truly 100% synthetic while all other base oils that do not fit into Groups I to IV, including silicones, phosphate esters, polyalkylene glycols (PAG), esters, polyolesters, biolubes, etc., are all lumped under Group V, even though most of these are synthesised and can fit the definition of synthetic.

In Europe, polyinternal olefins (PIO) were added by ATIEL, the Technical Association representing the lubricants industry in Europe, as Group VI.

In the late 1990s, Mobil sued Castrol after the latter replaced PAO with hydro-isomerised mineral oils in its Syntec formulation, but continued to market the product as synthetic.

Castrol prevailed in the legal tangle and since then, the industry has labelled lubricants formulated with Group III base stock as synthetic.[1]

While chemical modification of crude oil and additive packages can produce lubricants that match or even exceed the properties of lubricants formulated with Groups IV and V, NOACK volatility at low viscosities of true synthetics, such as PAOs, PAGs and esters, are nearly always inherently superior.

The birth of synthetics

The first synthetic base fluids were developed following the first World War, where commercial developments began in:

Synthetics, specifically PAGs, were considered to be in the early development stage but found themselves in engine oils during WWII in the U.S. Air Force[6] and as a blend of a diester with polyethylene oil in the German Luftwaffe.[7] As with several other technological developments during that time, the functional benefits overruled the high costs. Today, eco-toxicological properties such as sustainability and biodegradability have influenced demand for synthetic base oils. Synthetic jet turbine oils are based either on PAOs or pentaerythritol esters and dominate this market.

Types of synthetic base oils

Synthetic oils are synthesised from a multitude of processes involving simple hydrocarbon streams such as ethylene and propene, and can be classified in terms of basic differences in their molecular backbones. Specifically, whether they are polar or non-polar base stocks. Polarity can influence lubricity, NOACK volatility, and viscosity index of the fully formulated lubricant.

PAOs are hydrocarbons manufactured by a process of catalytic oligomerisation polymerisation to low molecular weight linear-olefins, particularly 10 (C10) or 12 (C12) carbon atoms. The resulting oligomers consist of dimers, trimers, tetramers and so on. PAOs are classified as Group IV and commercially have viscosities between 2 and 100 cSt @ 100°C, with viscosities between 4 and 8 cSt representing 80% of the total volume of PAOs.16

PIOs are synthesised from n-olefins (C15-C16) and are composed mainly of dimers and trimers. API classifies PIOs as Group V; ATIEL classifies it as Group VI.

The formation of syngas, a mixture of carbon monoxide and hydrogen, with the subsequent Fischer-Tropsch type synthesis is not limited to the use of natural gas, in the case of GTL. Renewable raw materials or any kind of biomass[1] can be used as feedstock and converted by Fischer-Tropsch synthesis to “green crudes.” Both are often used to synthesise iso-paraffins, which possess qualities at par with PAO such as high viscosity index, flash point, and low volatility.[2] API classifies GTL base oils as Group III.

Biological processes form hydrocarbons by synthase instead of synthesis and use biomass and renewables as feedstocks. As such, most biological olefins are branched and unsaturated requiring a hydrogenation process to eliminate the double bonds and to obtain properties suitable for finished lubricants.[3]

Esters are a wide class of synthetic base stocks and include mono, dibasic, polyol, and aromatic esters that each have different molecular structures and properties. They are often synthesised from mono- or polyvalent alcohols and mono- or polyvalent acids, which can be fully sourced from renewables. In general, ester fluids possess extremely attractive properties such as high solvency for additives (which other synthetic stocks such as PAOs do not possess), superior lubricity and volatility to PAOs, and potential for high biodegradability through proper choice of molecular composition. However, esters suffer from low hydrolytic stability at elevated temperatures that cause the ester to decompose into acids that can harm mechanical components.16 With proper additive packages, hydrolytic stability can be increased to minimise decomposition. The most common esters used in lubricant formulations such as turbine jet and hydraulic oils are:

Polyalkylene glycols are a family of synthetic polymers derived from petrochemical-based monomers of ethylene oxide (EO) and/or propylene oxide (PO). These monomers can be obtained from renewables, like EO from bio-ethanol and PO from bio-glycerin, except the starting molecule, like bio-butanol. Depending on the backbone, they can be water soluble or insoluble and hydrocarbon tolerant as well as oil soluble. PAGs are available in large volumes because they are used in polyurethane applications. PAGs possess excellent lubricity, good solvency, and are non-varnishing, leaving little to no residue.[1] They also tend to have high intrinsic viscosity indices.

Unsaturated or hydroxycarboxylic fatty acids, as a renewable (plant) resource, possess strong lubrication properties that are difficult to apply in finished lubricants due to low cold temperature performance and oxidative stability. However, when converted to estolides, they become fully saturated, secondary esters with mostly hydrocarbon characteristics that impart stronger oxidative/low temperature performance.[2] There are two options for synthesising estolides from vegetable oils (oleic):

Future evolution of base oils

With increasing environmental regulations, the growing concern for sustainability, and the increasing popularity of electric vehicles that do not need engine oils, the future of the lubricant industry is considered to be at risk. As such, the life-cycle analysis of the entire production process will become more important, as more and more companies across all industries pledge to lower their carbon footprint.

Around 1990, the first environmental acceptable lubricants (EALs) appeared in Europe, which met eco-toxicological properties.[3] Today, the most important schemes for EALs are:

Biolubes that fulfill EAL requirements are available for all classes of lubricants and operate safely but are fit-for-purpose. Most esters and PAGs used as base oils may also meet the ecotoxicity requirements for EALs through the use of additive packages. In general, EALs have varying contents of renewables defined by the 14C content (as per ASTM D6866 or EN16640) and by the requirement for biodegradation or short persistence in the environment when spilled. They have very limited toxicities for aquatic species, like fish, daphnia, and algae.

As a result, the traceability of renewable raw materials in life-cycle analysis processes is a critical issue. Legislation relating to EALs and sustainable lubricants will continue to be important as industry shifts away from fossil resources. Future lubricants will favor synthetics from renewable raw materials processed by chemical synthesis. Sustainable lubricants from biomass and other renewable sources made of esters, PAGs and bio-olefins have shown promising lubricant performance and are key to addressing the issues of eco-toxicity and sustainability. As the new decade progresses, such synthetic base stocks, whether truly synthetic or not, will continue to replace conventional petroleum-based lubricants to achieve a more sustainable future. 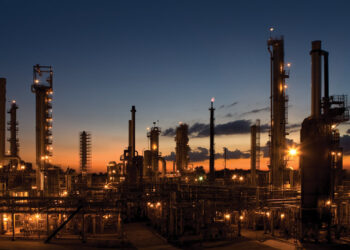 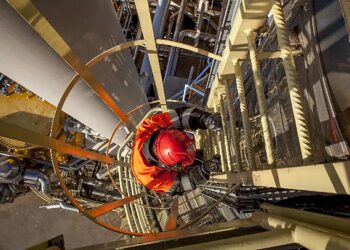 Base oil prices surge as supply takes a dive