Caterpillar is the world’s leading manufacturer of construction and mining equipment, diesel and natural gas engines, industrial gas turbines and diesel-electric locomotives. The company has its roots in the merger of the Holt Manufacturing Company and the C.L. Best Tractor Company back in 1925 and has been active in fluids development for heavy-duty engines since the late 1930s.

Abi-Akar holds a PhD in Materials Science based on electrochemistry and surface science from the University of Alabama in Huntsville, Alabama in the United States, and has actively represented Caterpillar in the development of new categories, products and specifications across several industry organisations including the Truck and Engine Manufacturers Association (EMA), ASTM International and the American Petroleum Institute (API). An almost three-decade-long career at the American Fortune 100 company began in the research of corrosion and coatings, before moving into the development of Caterpillar lubricants.

In recent years there has been mounting criticism of the automotive lubricant specification development process—particularly in the light-duty space. Some stakeholders have labelled the process time-consuming, expensive and not fit for purpose.  A new standard-setting organisation, The International Fluids Consortium (IFC) was established in 2020 by 11 vehicle manufacturers to attempt to replace the current “fragmented” regional approach with a more efficient global system.

Abi-Akar acknowledges that the development of heavy-duty engine oils is a complex process. The procedure commences with a request for a new category from original equipment manufacturers (OEMs) and involves multiple stakeholder organisations and working groups including API, the American Chemistry Council (ACC) and ASTM International.

Typically, new heavy-duty engine oil categories take four to five years to develop before they become available for first licensing by the API. Nevertheless, Abi-Akar believes the intricate process works well, and it is the complexity that ensures its success. The prescribed, multi-step program forces a methodical approach that at the same time respects the proprietary information of every stakeholder, she says. The former Caterpillar representative also noted multiple categories have been designed and delivered effectively that are widespread across the market. During the podcast, Abi-Akar highlighted the development of the Caterpillar Oil Aeration Test (COAT) and its inclusion as an ASTM test method (ASTM D8047) as one of the high points of her career. COAT determines the ability of an engine oil to resist aeration during engine operation. The 50-hour test which uses a six-cylinder Caterpillar C13 engine is a requirement to license API CK-4 and FA-4.

Abi-Akar also observed a strong desire from companies involved in heavy-duty engine oil specification development to work collaboratively to reduce hurdles and ensure the delivery of a successful product.

One of the key issues impacting engine oil test development is the scarcity of older engine parts. However, engine parts are managed differently in the heavy-duty space, suggests Abi-Akar—a sector where the lifespan of machines can span several decades. Having globally available parts, irrespective of the age of the equipment is one of the big strengths of Caterpillar, she says. There is a significant stream of work to ensure standard engine tests remain effective and supported by the needed parts.

Abi-Akar also noted a general reluctance to obsolete tests from older categories. Unlike the automotive industry, these are not luxury goods and require careful planning to protect customers’ assets and prolong their life. Ongoing backwards compatibility is also “critical for the oil categories,” says Abi-Akar. The latest categories still need to fit the older engines, even if backwards compatibility is not 100%—like API CK-4 or API CJ-4, she says.

Throughout a distinguished career, Abi-Akar has witnessed significant change in the engine oil sphere. “Very tight” emissions regulations are the driving force and have fostered sophisticated engine technology that has little comparison to that of 25 years ago, she says. Customer expectations have also helped force a much higher level of oil performance. Customers expect the oils to support the durability of their asset and ensure long life, while at the same time they want long drain intervals, says Abi-Akar.

Abi-Akar is confident heavy-duty diesel engines will continue to play a key role in the energy transition, due to the power of diesel and the demand for loads that diesel can easily fulfil. However, she also emphasised the expansion into new renewable fuels and efficient powertrains and machine systems. Greater diversity of fuels will pose new challenges for fluid manufacturers, though Abi-Akar expressed excitement about a new area of fluid innovation to produce the right fluids for diesel, hydrogen, hybrid and electric applications. These changes offer great opportunities for those that are new to the industry or who wish to transform their careers, she says.

When she joined Caterpillar some 28 years ago, there were very few women working in science and engineering. Abi-Akar credits her upbringing in a “mechanically savvy” family for shaping her interests. A passion for the industry and a thirst for knowledge have helped her forge a strong career working in this traditionally male-dominated area.

Abi-Akar cited the significant efforts of Caterpillar to grow the number of women scientists and engineers and pointed to a growing number of female role models holding senior executive roles across the industry. As Abi-Akar leaves Caterpillar, possibly considering  an industry consultancy role, there has never been a better time for women to become involved in this industry.  If you have the passion and mental capability it can be “extremely rewarding,” she says. 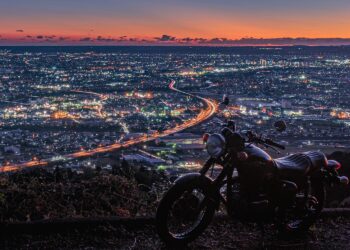 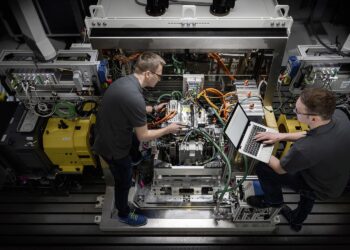 In the future, e-Axles could become staple of electric powertrains