International shipping accounts for a very large percentage of world trade. According to the International Chamber of Shipping (ICS), this number is around 90%; the International Maritime Organization (IMO) puts it at “more than 80%.” ICS also calls shipping “the least environmentally damaging form of commercial transport.” Even so, with shipping taking up such a large part of the global movement of goods, there is much room for improvement in the areas of safety, cost-effectiveness and environmental impact.

These three areas of concern were outlined by Harry Robertsson, technical director at Stena Rederi AB, Teknik at the 28th CIMAC World Congress in Helsinki, Finland, in June. In his keynote, which was sponsored by the Collin Trust, Robertsson presented his views on future ship designs. As one of the world’s largest ferry operators and having built 80 new ships in the past 20 years, the Swedish company is a key player in the shipping industry. The Collin Trust was founded by Prof. Lars Collin, who was CIMAC president from 1982-1983.

Autonomous capabilities are on Stena’s list of possibilities for making safer ships. “If we can drive a car through the city without a driver, why do we need a driver all the time on the bridge of a ship?” Robertsson said. Along with autonomy come more integrated bridge systems and a reliable situational awareness system, he added.

Additionally, after the accidents on the Mediterranean last year, there has been more discussion on increased fire safety.

In terms of cost-effectiveness, most options boiled down to fuel consumption. More optimised hull design with simpler steel structures means that less material is used and that the ship design is more tailored to its purpose. Hull design also contributes to the ship’s displacement. Robertsson said that a 25% reduction in displacement results in a 10% savings in installed power.

He also advocated for a reevaluation of the systems onboard. On RoPax ships (those that have roll-on, roll-off capacity and also carry passengers), “there are some systems that are never touched.” Also, some systems are only used in ports, so need not be installed at all. For instance, on RoPax ships, why should the ship have to carry around the ramps that are only used in the port? Using minimal piping and cabelling should also be a design priority, Robertsson said.

“We think we can take down emissions with available technology by about 30%,” he said. He added that this can be achieved by 2030. Any further reduction, however, will require new technology and a fresh approach on logistics.

Robertsson showed the example of the IMOIIMAX, one of Stena’s ships that, in its building, achieved a 30% reduction in installed power. Before designing the hull, designers thought differently about the relationship between speed and design draft. Stena developed a matrix with a range of speeds and drafts, as opposed to having a specific speed for each draft. This resulted in different design techniques, including a hull with an unconventional bulbous bow, a derated main engine, and a propeller with a larger diameter and a lower RPM. To that last point, a decrease in installed power is “not something you get for free—there are costs,” he said. Stena made changes to the propeller that included the addition of a boss cap fin device which looks like a tiny propeller aft of the main one. This way, the propeller creates less vortex, resulting in 2-5% savings of installed power.

Along with changes in newbuilding designs, Stena is working on improving the fuel efficiency of its existing fleet. This is crucial because ships have a long lifespan. More than 30 vessels have equipment for Real Time Monitoring, which provides the onboard crew information on fuel consumption in real time, “because they are the ones who can do something about it,” he said. The Fuel Management System sends data back to Stena offices on land, which are used to observe how a ship’s environment impacts fuel consumption or determine when it is time to clean the hull or propeller, for example.

Future ships will be different not only because they will be designed differently, but because they will run on different fuels. “Our interest in fuels depends on the SECA regulations in Northern Europe,” Robertsson said. SECA (Sulphur Emission Control Areas) dictate that ships may run on low sulphur fuel, up to 0.1% sulphur. But to reduce its impact on the environment, the future calls for a “fuel mosaic,” with different fuels for different types of ships, Robertsson believes.

In the short term (five to 10 years), low-sulphur heavy fuel oil and marine gas oil are still the most cost-effective options, even with the fee imposed per tonne of carbon dioxide (CO2). Other pieces in the fuel mosaic include heavy fuel oil (HFO) with scrubbers, liquid natural gas and methanol. Robertsson said that about four of Stena’s vessels currently have scrubbers—they are expensive. Similarly, LNG is a possibility for new built ships in areas where gas prices are attractive, but retrofitting current ships is currently cost-prohibitive.

Farther down the road are other options such as methanol and battery power. Stena was surprised to find that battery-powered ships could be a viable option 15 years from now, for distances under 100 nautical miles, he said. Right now, marine battery prices are nearly three times more expensive as car batteries. Stena will begin pilot projects with marine batteries onboard the Stena Jutlandica in 2017. This will involve using battery power on the bow thrusters and converting two of the four engines to battery power. In the ports and archipelagos, the ship will run on battery power, using marine gas oil or methanol in the open sea.

The ultimate goal is to create a hybrid ship, or as Stena calls it, “the world’s largest plug-in hybrid,” using battery power for trips under 100 nautical miles, and alternative fuels for longer journeys. Robertsson said that the Stena Elektra, or the “RoPax of the future,” may have the flexibility to carry passengers in the summer and freight in winter. It would also have reduced air resistance and autonomy for safety. “We have some pressure from the owners to develop this as soon as possible,” Robertsson said.

A Stena vessel has a lifespan of about 25 years typically. Converting the current fleet is very costly. For example, converting a roll-on, roll-off vessel to run on LNG would cost USD 13 million. However, new building projects provide hope that the international shipping trade can make strides in safety, environmental friendliness and cost effectiveness. At the end of the day, those three areas of concern overlap, ideally serving societal interests. 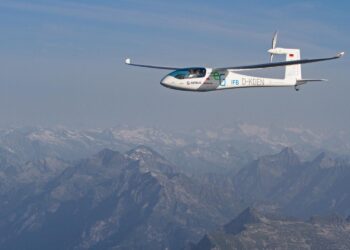 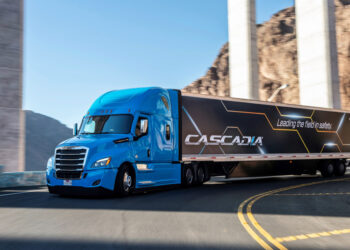