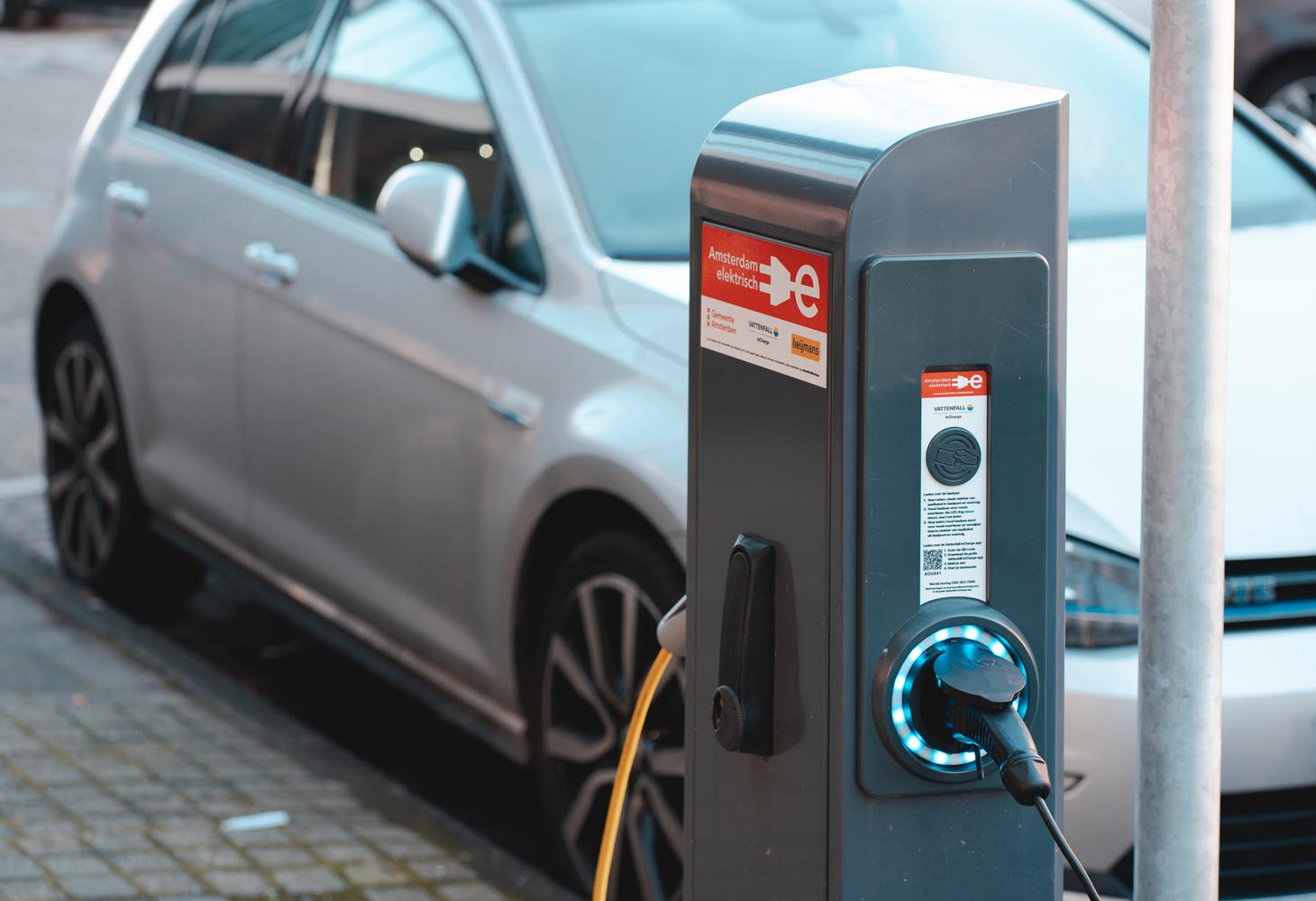 Climate change is, arguably, the greatest challenge facing the global community. There is increasing rhetoric around achieving our climate goals, though charting a path to net-zero emissions is daunting.

The “Race to Zero” is a global campaign designed to accelerate action towards the goals of the 2016 Paris Agreement. It was launched on 5 June 2020, coinciding with World Environment Day, and aims to reframe the innovation and growth agenda in the run-up to the 26th United Nations Climate Change Conference of the Parties (COP26) to be held in Glasgow, Scotland, in November 2021. The campaign is a rallying cry to businesses, cities, regions, governments, and investors for a healthy, resilient zero-carbon recovery that unlocks sustainable growth. The ultimate goal of the campaign is net zero emissions by 2050.

Make no mistake, the Race to Zero is exactly that — a race. Achieving net carbon emissions and restricting temperature rises to below two degrees Celsius requires speed. Yet, it is a marathon, not a sprint.

As with any marathon, some competitors are out in front, and others are languishing behind. In the Race to Zero, passenger cars are the early leaders, making solid progress in the transition to a low carbon alternative. Maintaining the marathon analogy, passenger vehicles are the Eliud Kipchoge of the Race to Zero. Kipchoge, a sub-2-hour marathoner from Kenya, is pushing the limits of human efficiency, alongside technological advances.

Global sales of electric cars are increasing faster than anticipated. Overall, passenger car sales were sluggish in 2019, yet electric cars had another banner year, surpassing 2.1 million units. China has long been a proponent of alternative energy vehicles, and European carmakers are now embracing electrification, leaving behind the technology-neutral approach of the past. The United States has lagged behind the leading nations in terms of public and private sector investment in electric vehicles. However, U.S. President-elect Joe Biden has outlined plans to target 100% zero-emission vehicle sales.

EV100, a global initiative that brings together companies committed to switching their fleets to electric vehicles, has seen a surge in numbers in November 2020, says Helen Clarkson, CEO at The Climate Group. We still need to change the mindset in terms of ambition. It is the fleet we need to think about, not the number of cars sold, she says.

Trailing the field in this all-important race are some of the hard-to-abate transport sectors including aviation, trucking, heavy-duty, and marine — sectors that are expected to continue to grow over the next 30 years. Concrete action is required to scale up commitments and provide tangible outcomes.

On 9-19 November 2020, the Race to Zero Dialogues were held by the High-Level Champions for Global Climate Action. The Dialogues set the stage for the run-up to COP26, with a focus on how we can move forward on specific and measurable net-zero commitments.

Aviation passenger volumes have been decimated by more than 60% in 2020, with revenues estimated to have fallen by USD400 billion. We anticipate a full return to the skies once the current pandemic is under control, where the sector’s approach to air pollution will remain an issue of concern.

The aviation industry is scattergun with respect to emissions reduction measures, says Dick Benschop, president and CEO of Royal Schiphol Group and a panellist during the Race to Zero Aviation dialogue. Benschop believes there is room for optimism in the quest to transform the industry to one that is more sustainable, but we need to get everything right from a policy, regulation and investment perspective to have a “fighting chance.” Benschop called for mandates on sustainable aviation fuels (SAF) and increased focus on appropriate pricing. Dave Smith, director of technology at Rolls Royce, the company responsible for building half of the engines that go into our long-haul planes, estimates aircraft will deliver a 30% increase in efficiency by 2030 if nothing else is done.

Jonathon Counsell, group head of sustainability at International Airlines Group (IAG), predicts 30% of airline fuels in the United Kingdom could be SAF by 2050, and there could be 14 SAF plants by 2035. Investors require confidence, so policy is paramount. Policy signals are required now, says Counsell. IAG is working collaboratively with all of the major players to lobby the government for policy mechanisms that will enable them to deliver.

The problem often lies in the scaling of technology. Commonly, governments or investors support the early stages of development — the first trial or a small plant. It is harder to gain investment once an operation becomes larger or more expensive. Until we reach the point of scale, we do not understand the true environmental benefits, says Jennifer Holmgren, CEO of LanzaTech. Holmgren called on governments to support the entire pipeline, at which point the cost and real potential of new technologies becomes clearer.

SAF can be 10 times the price of a good offset. Will pricing become competitive with fossil-based kerosene in the next 10 years? “I am not going to hold my breath,” says Holmgren.  Though, the LanzaTech boss believes pricing will come down in the next five to 10 years as technologies scale — if we can access readily available and inexpensive feedstocks, such as waste. The cost of feedstock is usually 70-80% of the cost of production, she says.

Holmgren believes hydrogen will play an important role in the future of aviation and liquid fuels. Hydrogen can be combusted in a slightly modified gas turbine, although it is unlikely to be suitable for long haul or transatlantic flights. The use of hydrogen to power a fuel cell to generate electricity, alongside battery technology, might be a more practical solution for short-haul platforms, suggests Smith. The greatest challenge is making enough green hydrogen, as aviation competes with other sectors for the fuel, and the fact that it is not a drop-in fuel.

Wright Electric, an American start-up company, has committed to developing an electric airliner by 2030. Founder and CEO Jeffrey Engler believes the quarter of aerospace that is short flights, 737 or less, should be electric. For those that cannot be electric, sustainable fuels are the best solution. Engler told Race to Zero attendees that electric aircraft will offer lower costs and higher profits for airlines as simpler motors will reduce costs from a maintenance and development perspective.

Trucking plays an oversized role in freight emissions. A mere 4% of the road fleet are trucks, yet they emit more than 60% of freight transport CO2 emissions. Demand for road freight is expected to triple between now and 2050. Already, one in every two trucks sold is in Asia. All current projections suggest not enough zero-emissions vehicles will be on the road by 2030 or 2050.

During dialogue on Fast Forwarding the Race to Zero Emission Trucking, Rachel Muncrief, deputy director of the International Council on Clean Transportation (ICCT) cited availability as a key barrier to adoption of zero-emission vehicles (ZEV) for trucking, as well as cost parity. Cost parity could come in the 2025-2030 timeframe, even for the long-haul sector, under an ambitious policy framework with the right drivers in place. The ICCT representative called for technically sound policies, targeted investment, and well-designed incentives to drive an increase in the efficiency of conventional vehicles and a ramp-up in the penetration of ZEVs. Infrastructure is a significant sticking point, though ICCT believes it should not impede the viability of a shift to ZEV in the trucking sector.

Doug McMahon, managing director, sustainability solutions at ENGIE Impact, highlighted a large opportunity to accelerate the heavy vehicle class by allowing developers to offset the cost of charging infrastructure for heavy-duty vehicles. Until now, much of the focus has been on the light-duty class. Utilities, infrastructure companies and other key stakeholders need to move beyond putting steel in the ground as a measure of success — and work with truck owners to drive down the total cost of ownership, he says. Rate structures that assist the early adopter and provide demand charge relief is one viable option.

The Race to Zero event also highlighted the importance of innovation in freight management demand growth through supply chain restructuring, localisation and near sharing. Panellists in the Race to Zero Transport Dialogue anticipated an increase in modality as transport modes are more smartly used and combined. A rise in rail, short sea shipping and inland waterways is likely, as well as modular road transport. Fleet and asset sharing may become more common — reducing empty moves — and a push to increase storage density and energy efficiency will continue. Glynda Bathan-Baterina, deputy executive director at Clean Air Asia, reiterated the benefits of eco-driving training, which has contributed to a 7% drop in fuel consumption among participating companies in Indonesia. 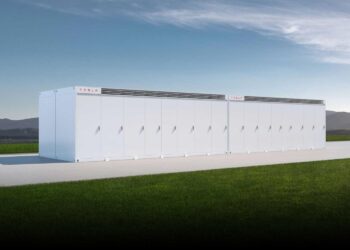 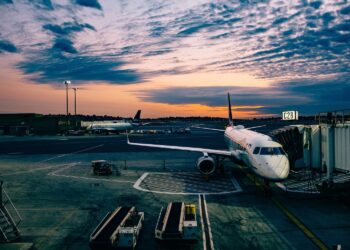