The company is a joint venture between South Korean conglomerate GS Group and U.S.-based Chevron Corp. GS Caltex was founded in May 1967 as the first private oil company in South Korea. The company changed its name from LG-Caltex Oil Corporation to GS Caltex Corporation on January 27, 2006.

While supplying more than one-third of South Korea’s petroleum product requirements, GS Caltex exports more than 50% of its total production. With a refining capacity of 800,000 barrels per day (bpd), GS Caltex imports 80 types of crude oil from some 30 countries across the Middle East, the United States, Southeast Asia, Australia and Europe. With the largest heavy oil upgrading(HOU) facility in South Korea, the company has a capacity of 275,000 bpd to produces light oil products and high-quality gasoline.

GS Caltex started producing lubricating oil in Incheon, South Korea, in 1969. Currently, its plant in Incheon annually produces 9,000 barrels of lubricating oil products and 8,000 tons of grease products. Kixx was launched in 2005 as a brand for automotive lubricants. GS Caltex uses base oil sourced internally as the feedstock to produce about 180 types of lubricants, from engine oils for passengers and commercial vehicles to hydraulic fluids for industrial applications. 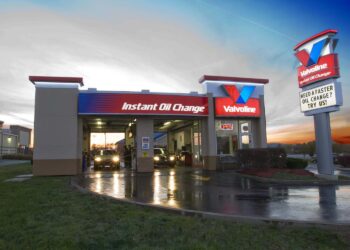