Fuchs Petrolub, the world’s largest independent lubricant manufacturer based in Mannheim, Germany, remains on the lookout for acquisitions, Euro am Sonntag reported, quoting Stefan Fuchs, chairman of the executive board and grandson of the firm’s founder Rudolf Fuchs.

The lubricant manufacturer has a firm plan to boost organic growth through spending on facilities and research & development, Fuchs said in an interview with the weekly newspaper.

“If we are able to complement this plan through strategic acquisitions, then we will continue to make purchases in the future, provided there are interesting and affordable targets,” Fuchs said.

Despite record sales, organic sales, which rose by only 1%, was tepid.  Europe remains its largest market, with more than 50% of its sales in the first half being generated by its home market. However, revenues from Europe only grew by 1.8% in the first, as compared to Asia-Pacific and Africa, where revenues grew by 22.8%. The latter only represents 30% of the company’s total sales, however. With a negative growth forecast for European lubricant demand, it seems logical for Fuchs to rely on acquisitions to grow its revenues in Europe.

Thus, on August 1 it announced that it had acquired Statoil Fuel & Retail Lubricants AB (SFR Lubricants), based in Stockholm, Sweden, for SEK 690 million ( USD 79.8 million), including an assumed net debt of around SEK 220 million (USD 25.4 million). This acquisition strengthens its presence in Scandinavia, at the same time, expanding its market position in Poland and Russia and creating a market presence in other Baltic States. In July, it acquired another German lubricant manufacturer, Deutsche Pentosin-Werke GmbH, which is based in Wedel, Germany.

The company said in June that it “remains committed to its forecast, based on which organic sales revenues are likely to remain at or slightly above the previous year’s level. Added to this is external growth in the mid-single-figure percentage range resulting from acquisitions.” 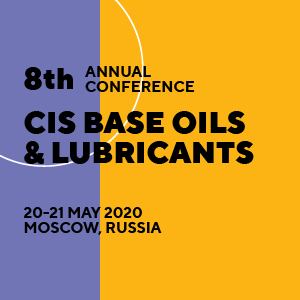