Raízen, an integrated energy company based in São Paulo, Brazil,  has signed a commercial agreement to incorporate the assets of Biosev, a Brazilian subsidiary of Louis Dreyfus Holding. The deal includes nine production units strategically located in Brazil (six in the state of São Paulo, two in Mato Grosso do Sul and one in Minas Gerais), with a total installed sugarcane processing capacity of up to 32 million tons. The agreement also includes power cogeneration, with an export capacity of up to 1.3 GWh of electricity per year, covering an area of 280,000 hectares of planted sugarcane.

The transaction involves an exchange of shares and payment in cash, since Biosev’s assets will be consolidated net of debt. Once the transaction is completed, Biosev will become a subsidiary of Raízen and its current shareholders will migrate to a holding company that will own a minority interest in the incorporated entity, without voting rights.

Raizen, a competitive player in the Brazilian market for 10 years, enjoys a high level of operational efficiency and financial discipline. Raízen has consolidated a fully-integrated business model that enables it to offer its customers energy solutions within an increasingly clean and renewable energy matrix. Incorporating Biosev’s assets is in line with the company’s goal of leading the energy transition and intersects perfectly with the current global agenda that is progressively moving toward a low-carbon economy.

“Further to the expansion of the production of ethanol, sugar and bioenergy, this incorporation with Biosev, is an opportunity to leverage technology that drives productivity and the use of sugarcane in biorefineries, with the possibility of expanding our second-generation ethanol and biogas businesses,” said Ricardo Mussa, Raízen CEO.

The global trend towards the increasing relevance of renewable sources is creating a positive environment for Raizen’s businesses, which has been accelerated by the pandemic and leveraged by public policies, such as Renovabio. This same trend resulted in increased prices of sugar in the international market. Considering this current scenario, this incorporation with Biosev has the potential to help strengthen the entire sugar-energy production chain, solidify partnerships and support suppliers.

“We want to grow together and generate shared value, while also incorporating a diverse and integrated team, that is guided and respects safety, which by the way is a non-negotiable value to us,” said Mussa.

The merger will have no impact on Raízen’s financial leverage, preserving the company’s credit profile —Raízen is currently rated investment grade by the three main international rating agencies. A few pre-required conditions must be met and the agreement must be approved by CADE, to whom the incorporation documents have already been submitted for evaluation. With this incorporation, Raízen would own 35 production units, with an installed capacity of 105 million tons of sugarcane, and approximately 1.3 million hectares of cultivated land.

Raízen has a network of more than 6,000 Shell gas stations in Brazil and Argentina. Through the NÓS Group (a joint-venture with Femsa), Raízen operates in the retail segment with more than 1,000 Shell Select convenience stores in gas stations and with OXXO proximity stores, an established brand in Latin America. In the B2B and retail segments during the 2019-2020 cycle Raízen sold approximately 27.1 billion liters of fuel operating in all regions of Brazil from 67 airport supply bases and 67 fuel distribution terminals. In Argentina, Raízen has operated under the Shell brand since 2018. In the last cycle, Raízen sold 6.1 billion liters of fuel and maintained a network of approximately 730 Shell stations, one refinery, one lubricant plant, four land terminals and two supply bases at airports. 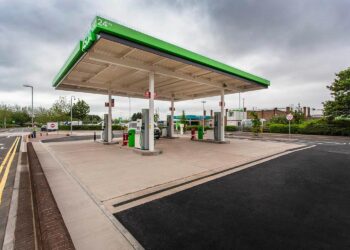 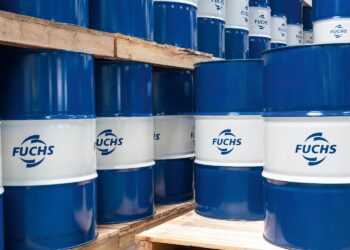