British energy major bp, Iberdrola and Enagas have agreed to study the feasibility of building at the bp refinery in Castellón, Spain, the first phase of the largest green hydrogen production facility in Valencia, Spain.

The agreement evaluates the installation of a 20 megawatt (MW) electrolyser for the production of green hydrogen on land owned by bp in the El Serrallo industrial estate. The electrolyser would run on renewable energy produced by a 40 megawatt (MW) photovoltaic plant, among other sources.

Iberdrola, based in Bilbao, Spain, is one of the world’s biggest electricity utilities in terms of market capitalisation and the number one producer of wind power.

Enagás, S.A., based in Madrid, is a Spanish energy company and European transmission system operator, which owns and operates the nation’s gas grid.

The bp refinery in Castellón is the largest producer and consumer of hydrogen in the Valencian community. This new project would replace the grey hydrogen that the refinery uses in its biofuel production process. The use of green hydrogen would reduce CO2 emissions by up to 24,000 tonnes per year, contributing to the plant’s decarbonisation.

The project will also explore additional value-added uses for the green hydrogen produced at the plant, such as supplying the heavy transport sector and contributing to the decarbonisation of other energy-intensive industries in the area.

The 20 MW electrolyser could start operating in 2023, with an investment of approximately EUR90 million (USD108 million). In further stages, the electrolysis capacity could be increased to 115 MW, becoming the largest green hydrogen project in the refining sector in Spain and the most ambitious in the Valencian community.

Besides the electrolyser, the project could incentivise an estimated additional investment of around EUR70 million (USD84 million) in new renewable energy facilities and contribute significantly to the economic recovery of the area, resulting in creating high quality, value-added jobs.

Through this collaboration, bp, Iberdrola and Enagás would advance their respective decarbonisation strategies for the industrial and transport sectors in the Valencian community, a region in which all three companies are deeply rooted.

“With this project, bp reinforces its commitment to hydrogen as a fuel of the future, as it will play a fundamental role in the decarbonisation of the energy, industry and transport, especially those that are difficult or expensive to electrify,” said Carlos Barrasa, chairman of bp Spain. “This is therefore a further step in bp’s strategy to transform itself into an integrated energy company, as well as in bp Spain’s ambition to lead the country’s energy transition, so that it can become a European centre for the production and distribution of energy with a low carbon footprint.”

Ángeles Santamaría, CEO of Iberdrola España explained that “with the opportunity to lead this technology, we will contribute to making climate neutrality a reality, by acting in sectors that are difficult to decarbonize while boosting a clean industry with enormous potential for job creation. This is an alliance of companies willing to tackle the transformation of their production processes with Iberdrola, which has the capacity to produce and supply green energy, and the participation of the supply chain and the incentives of European funds. Together, we will contribute to advancing the technological maturity of green hydrogen, turning it into a competitive solution for the medium-term decarbonisation of industry and heavy transport”.

Fot Enagás’ CEO, Marcelino Oreja, said “this initiative fits perfectly with the projects promoted by Enagás based on the following criteria: that they contribute to decarbonisation and a fair and inclusive transition; that they are drivers throughout their value chain; that they help the development of Spanish industry; and that they generate sustainable employment. Collaboration between companies, administrations and institutions is essential for these projects to become a reality, and this is a clear example of joint cooperation.”

The initiative, which has the support of important local, regional, national and international public and private institutions, is aligned with the Green Hydrogen Strategy of the Valencian community, as well as with the Hydrogen Roadmap of Spain’s Ministry for Ecological Transition and the Demographic Challenge. It is also part of the call for European Next Generation Funds. 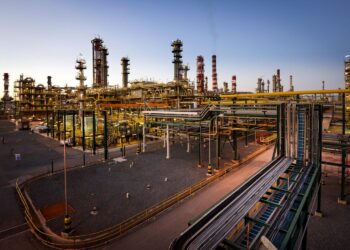 Repsol to produce methanol from municipal waste in Tarragona 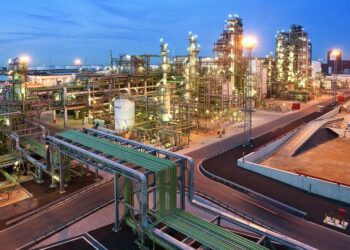