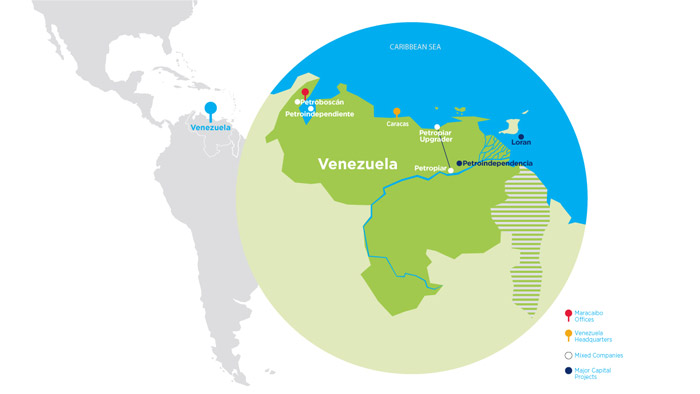 The U.S. Treasury Department gave Chevron Corporation, and oilfield service providers Halliburton, Schlumberger Limited, Baker Hughes, and Weatherford International, until the 1st of December 2020 to wind down their operations in Venezuela, thus further increasing pressure on Venezuelan President Nicolás Maduro to step down. U.S.-based energy company Chevron is among the largest international oil companies in Venezuela, where it is a partner with the national oil company, Petróleos de Venezuela, S.A. (PDVSA), on several projects. Its production is roughly equivalent to 6% of Venezuela’s total production.

The Treasury’s Office of Foreign Assets Control or OFAC issued the order through General License No. 8F on the 21st of April 2020, entitled “ Authorizing Transactions Involving Petróleos de Venezuela, S.A. (PdVSA) Necessary for the Limited Maintenance of Essential Operations in Venezuela or the Wind Down of Operations in Venezuela for Certain Entities.”

Chevron’s production activities in Venezuela are located in western Venezuela and the Orinoco Belt. During 2019, net daily production averaged 34,000 barrels of crude oil and 7 million cubic feet of natural gas, according to the company’s annual report supplement.

Petropiar Chevron holds a 30% interest in Petropiar, which operates the heavy oil Huyapari Field under an agreement expiring in 2033. The project is located in the Orinoco Belt and includes processing and upgrading of extra heavy crude oil into lighter, higher-value synthetic oil. Synthetic crude production in 2019 was impacted by operating conditions, including a shutdown of the heavy oil upgrader for part of the year and periods when the plant operated as a blending facility rather than upgrading to synthetic crude oil.

Petroboscan Chevron holds a 39.2% interest in Petroboscan, which operates the onshore Boscan Field in western Venezuela under a contract expiring in 2026. During 2019, net daily production averaged 13,000 barrels of liquids and 1 million cubic feet of natural gas. Twenty-six development wells were drilled in 2019.

Loran Chevron operates and holds a 60% interest in Block 2 offshore Venezuela that is part of a cross-border field that includes the Manatee Field in Trinidad and Tobago.

Chevron spokesperson Ray Fohr said the company will follow the laws and regulations, while remaining committed to the “integrity of our joint venture assets, the safety and wellbeing of our employees and their families,” according to an AP report.

Shortly after Guaido declared his plans to oust Maduro in early January 2019, the White House imposed sanctions on  PDVSA, which was aimed at cutting the socialist government off from the hard cash it earned from its oil production.

However, at the time, the U.S. allowed Chevron to continue its operations in Venezuela. The Treasury Department had to renew Chevron’s license to operate in Venezuela every few months. Now, Chevron is allowed to maintain its presence at their facilities only until 1 December and perform essential maintenance.

According to the 2019 edition of the BP Statistical Review of World Energy, total proved reserves is 303.3 billion barrels for Venezuela, placing Saudi Arabia second only with 297.7 billion barrels. Yet, political upheaval in the country has led to an on-going economic crisis that has resulted in the lack of basic services, resulting in an estimated 4.6 million people fleeing the oil-rich country between 2016 and November 2019, according to the United Nations High Commissioner for Refugees (UNHCR).

In related news, Maduro yesterday named Tareck El Aissami as Venezuela’s oil minister and Asdrúbal Chávez as PDVSA chief, to revamp Venezuela’s oil industry. Both positions were occupied until now by Gen. Manuel Quevedo, who during his 28 months in office saw the country’s oil production slump by 65%. Aissami has been sanctioned by the U.S. as a drug lord, while Chavez is a cousin of the late socialist leader Hugo Chávez. The shakeup comes amid crashing global oil prices triggered by demand destruction due to the global COVID-19 lockdown, and the refusal by Saudi Arabia and Russia early on to adjust their production levels. 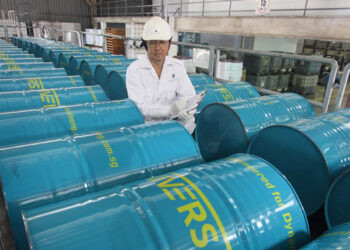