Friday, 20 January 2017. A day that will be deeply etched into the annals of China and the United States (U.S.). This is the day former reality television star and property magnate Donald Trump was inaugurated as the 45th president of the United States. A polarising character, Trump attracts both the fiercest of critics and the staunchest of supporters.

Prior to his election, Trump’s campaign pledges included a promise to overhaul a sizeable trade imbalance with economic rival China that he termed one of the “greatest thefts in the history of the world.” It didn’t take long for the U.S. president to follow through on this vow to redraft the rules of international commerce. China and the U.S. are now embroiled in an escalating trade war in what appears to be a dangerous game of brinkmanship.

On 6 July 2018, the first trade tariffs were introduced by the U.S. on Chinese products, with a total value of USD34 billion. James Eggenschwiler, director of Global Trade at Redstone Group, suggests these initial penalties did not affect U.S. lubricant manufacturers at all. The tariffs were primarily on articles, not chemicals, he says.

Eggenschwiler, hired as a consultant to the U.S.-based Independent Lubricant Manufacturers Association (ILMA) to advise on trade matters, suggests it is the second round of trade tariffs, implemented on 23 August 2018, that have affected ILMA manufacturers and distributors most notably. The broad wording of these USD16 billion worth of penalties meant “basically all lubricants, additives for lubricants, and material for lubricants” were captured, says Eggenschwiler. Tariff rises have affected the cost profile of many lubricant products for companies sourcing from and selling to China.

ILMA is a trade association that represents the interests of independent lubricant manufacturers throughout North America. Its members produce more than one-quarter of U.S. automotive lubricants and three-quarters of the nation’s metalworking fluids.

During the recently completed ILMA Meeting in Colorado, Jeffrey Leiter, ILMA legal counsel, told F+L Magazine the organisation had presented submissions in response to the U.S. government’s initial proposal to implement tariffs. “Some of the affected products – the only place you can get them now is China,” he says. Several components, particularly in the metalworking side, have defaulted to China in recent years, such as certain additives  for water-based metalworking fluids. ILMA submissions also reiterated the potential impact of tariffs on smaller U.S. lubricant businesses.

What is the scale of impact on lubricant businesses? Not to be drawn on specific numbers, Leiter, who has been with ILMA for close to 40 years, admits the volumes based on the tariff headings in the Harmonized Tariff Schedules were “enough to get my attention” and “easily” in the tens of millions of dollars.

Before the trade war, the tariffs on additives coming from the U.S. to China was 6.5%. It has since increased to 11.5%, but polymers were affected the most at 36.5%.

While the tariff war is affecting companies that rely on China for supply, the impacts are company-specific, says Leiter. The trade organisation is working directly with “a handful” of ILMA member companies that depend on China, alongside companies it felt would be injured by specific tariffs. Tariff waivers are available via the U.S. trade representatives office to help U.S. companies absorb the brunt of tariffs. The office has received “thousands of requests,” says Leiter. Though more often than not, they are declined, he says, because the requests are asking relief from higher prices, not on product unavailability.

The primary issue lubricant businesses are grappling with is whether to pass increasing costs on to their customers — or how long they can absorb rising costs. A hallmark of independent lubricant manufacturers is a diverse supply chain — multiple base oil and additive suppliers, which offers the ability to negotiate pricing. So far, the industry has found a way to soak up increasing costs within their system by working with raw material suppliers, manufacturers and distributors — so it hasn’t really hit the consumer, says Eggenschwiler. There have been slight increases, but nothing that was impactful, he says.

The U.S. administration has previously implied that China is paying for the tariffs. However, “that’s all bluster, U.S. companies are absorbing the tariffs,” says Leiter. They are hitting the U.S. economy.  American multinational investment bank and financial services company, Goldman Sachs, is also of the opinion that U.S. businesses and consumers are swallowing the entire cost of Washington’s tariffs. An analysis in May 2019 suggested no clear reduction in prices charged by Chinese exporters. If the industry continues to endure higher costs and shrinking profits, manufacturers may be forced to review partners, business dealings with other countries, and shipping networks.

To date, the U.S. has announced a total of USD550 billion tariffs exclusively on Chinese goods; China has responded in kind with USD185 billion in strategically placed tariffs in this tit-for-tat battle. The latest merry-go-round saw China announce tariff increases on USD75 billion worth of American goods, on 1 September 2019 and 15 December 2019.

While higher costs may have been absorbed, the impact has been meaningful. Eggenschwiler notes growing sentiment that businesses can’t stop rises from hitting the consumer anymore.  The impact of further tariffs is going to be shifted, he suggests. With this comes heightened risk of slowing economic growth. When the largest and second-largest economies in the world collide, the reverberations may also be felt throughout the globe.

There are rumours that China’s economy is suffering. In May, the South China Morning Post reported that industrial production growth fell from 8.5% in March 2019 to 5.4% in April; whereas retail sales growth, considered a measure of consumer demand, fell 1.5% to its lowest figure in 13 years (7.2%). This indicates that Trump’s aggressive approach to diplomacy may be working for the United States.

Leading U.S. economic indicators have highlighted an economy that is enjoying steady growth, low unemployment and little inflation. However, analysts have long warned of the economic distortions of a trade war and the prospect of derailing the entire global economy. A recent Federal Reserve economic forecast has predicted the U.S. economy will slow in 2019 with GDP growth of 2.1%, down from 3% a year earlier.

While Eggenschwiler says he hasn’t yet seen a slowdown in the lubricants industry – he concedes that many believe it is coming. However, the impact of tariffs on China is likely to be “more multifaceted and significant than on the United States,” he says.The recent introduction of a tariff exclusion process in China is proof the tariffs are hurting more than they care to let on. The move allows affected Chinese businesses to apply for exclusions from tariffs and attempts to shelter certain industries from the full impact of the conflict. The American Chemistry Council (ACC) has also suggested that China is “actively eliminating barriers to supply and customers elsewhere” to temper the impact on Chinese businesses and consumers. The Peterson Institute for International Economics says Beijing has lowered duties on goods from America’s competing countries over the past 12 months.

“China is also the third-largest export market for U.S. chemicals manufacturers. Future growth for our industry — and an opportunity to leverage our industry’s USD204 billion in investment in the U.S. industry — depends on a strong trading relationship with China and a trade policy that creates certainty and predictability for investors,” the ACC said in its public comments on the 5% tariff increase on China Lists 1-3.

If the tariffs on imports covered under List 4b come into effect on 15 December 2019 and the tariff rate on Lists 1, 2, and 3 rises to 30% in October, U.S. chemical manufacturers will then be subject to a 25-30% tax increase on a total of USD25 billion in imports of chemicals and plastics from China. At that point, the U.S. additional tariffs will cover 86% of chemical imports from China and 100% of plastics products imports.

“Such a change in costs is increasing uncertainty and unpredictability in the U.S. chemical sector, which is having ripple effects across the U.S. economy,” the ACC said.

Even though both leaders appear to want to make a deal to end the stalemate — there is a great deal of pride on the line. Neither leader wants to be seen to back down.  However, if there isn’t a softening tone between the two governments, everyone will endure the hardship, says Eggenschwiler. The respective governments are going to need to come up with a solution that makes it look like both sides won. 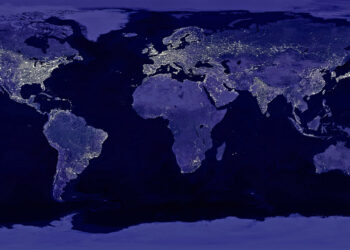 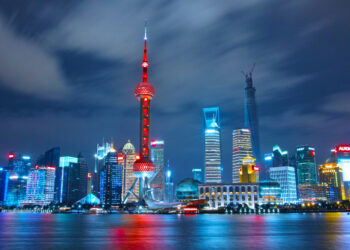