U.S. automaker General Motors Co. (GM) said on January 25 that it will invest more than USD7 billion in four manufacturing sites in the U.S. state of Michigan, where the company is headquartered.

“Today, we shared exciting news about how General Motors will add more capacity to build more EVs and more batteries to power them, as we accelerate our transition to an all-electric future,” said Mary Barra, GM chair and CEO, on Linkedin.

The investment includes construction of a new Ultium Cells battery cell plant in Lansing and the conversion of GM’s assembly plant in Orion Township for the production of the Chevrolet Silverado EV and the electric GMC Sierra, GM’s second assembly plant scheduled to build full-size electric pickups.

GM also announced on January 21 that it plans to invest nearly USd154 million in its Western New York Lockport Components plant. The investment will be used to renovate the facility and purchase and install new machinery and equipment used in the production of the stator module, a key component in an electric motor. Electric motors will be used in a variety of GM’s future Ultium Platform-based electric trucks and sport utility vehicles (SUVs). Facility renovations will begin immediately.

GM currently estimates Lockport Components will add approximately 230 positions between 2023 and 2026. Actual staffing plans will be finalized closer to the start of production as the facility transitions to support EV motor component production.

“GM’s investment in Lockport Components reaffirms our commitment to manufacturing in Western New York and our confidence in this team. They will build a crucial module in our electric motor assembly for our future electric trucks and SUVs,” said Gerald Johnson, GM executive vice president of Global Manufacturing and Sustainability. “This is an excellent example of how we are bringing our workforce along on the journey to an all-electric future while we scale our EV production capacity and maintain a flow of parts for our current vehicles.”

Lockport Components was founded in 1910 as the Harrison Radiator Company for the purpose of designing, manufacturing, and selling automotive radiators and components. With more than 1,500 employees, the site is focused on continuous improvement through a joint team process between UAW Local 686, Local 55 and plant management. 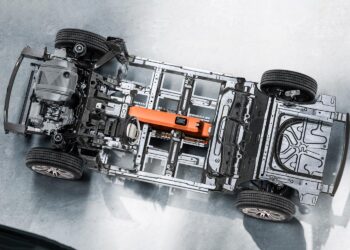 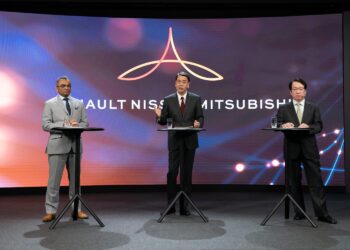