Lukoil, one of the world’s largest integrated oil and gas companies, is getting a tax break from the Ministry of Energy of the Russian Federation to construct new deep oil refining units at Lukoil-Nizhegorodnefteorgsintez LLC, a PJSC Lukoil wholly owned subsidiary and one of the largest oil refineries in Russia.

Located in Kstovo, Nizhny Novgorod Oblast, the Nizhny Novgorod refinery produces both fuels and lubricants. With a capacity of 17 million tons per annum, the refinery specializes in refining blended crudes from West Siberia and Tatarstan.

The new facility, which will allow the conversion of heavy products to lighter, more valuable products, will include the following units:

The completion of this new facility will reduce fuel oil output at the Nizhny Novgorod refinery by 2.6 million tonnes per year and boost Euro-5 diesel fuel output by 0.7 million tonnes per year. Total refinery yield will increase to 97%, with light products’ comprising 74% of the total refinery yield. Implementation of this project will reduce Lukoil Group’s total fuel oil output to less than 4% and increase the yield of light products to 75%.

Construction of the facility is already underway. Core long lead equipment is installed; in-site pipelining and piping of equipment are in progress. The facility is set for commissioning in the fourth quarter of 2021.

“Lukoil has fully honoured its commitments to modernize refining facilities under its previous agreements with the government. Realization of this new project at the Nizhny Novgorod refinery is a long-term investment aimed at supplying the Russian market with high-quality fuel. The facility will reach synergy with the fluid catalytic cracking units already in operation, thus enhancing the output mix of our Nizhny Novgorod refinery,” said Vadim Vorobyov, first executive vice president of Lukoil.

Lukoil completed its main refineries modernization programme in 2016, with investments exceeding USD10 billion. Since then, the company keeps implementing selective investment projects in this field.

Lukoil is the first Russian oil company to produce exclusively Euro-5 compliant gasoline and diesel fuel, therefore fully meeting the requirements of the Russian Refineries Upgrade Programme until 2020 under four-way agreements between the Russian Government and vertically integrated oil companies.

The Lukoil Group has four refineries in Russia located in Perm, Volgograd, Nizhny Novgorod, and Ukhta, and three refineries in Europe located in Italy, Romania, and Bulgaria. It also has a 45% interest in a refinery in the Netherlands. The aggregate capacity of these refineries is 84.6 million tonnes, almost as much as the company’s total oil production in 2018. 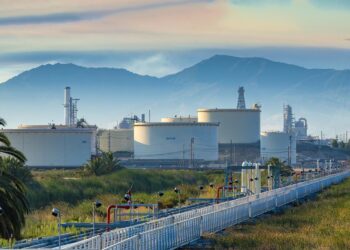 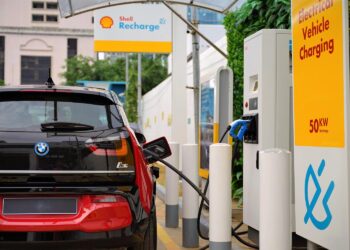