PT Pertamina (Persero) said it is optimistic that the development of its mega-refineries can be carried out smoothly to meet Indonesia’s domestic fuel and petrochemicals requirements.

The Tuban project has achieved a number of strategic targets including the completion of a bankable feasibility study (BFS), tender for process licensor selection, general engineering design (GED) and front end engineering design (FEED) and permission to determine the location of ex-community land covering 493 hectares from the Governor of East Java.

The next target is the signing of a contract licensor, general engineering design consultant, and PMC contract, operating a joint venture company in full, implementing phase II land acquisition, and training local workers.

For Balikpapan, strategic achievements in 2018 included the signing of the OSBL ISBL engineering, procurement, and construction (EPC) contract on 10 December 2018, the completion of phase I preliminary work such as apartments, phase I site development, and jetty. Phase I and II RDMP FID approval, Amdal permit acquisition, and 924 local workforce training.

The next step for Balikpapan includes the implementation of the EBL ISBL OSBL, the establishment of the PT Pertamina Balikpapan Refinery (KPB), the completion of phase II early works such as phase II and Lawe-lawe site development, refinery and apartment flood controllers, as well as modification of 34 units , and completion of the EPC Lawe-lawe package bidding.

The Cilacap project has achieved a number of permits such as location determination, AMDAL, RTRW, and relocation of public facilities, KIC land acquisition, BED study, obtaining preliminary confirmation of tax holidays and permit to spin off RU Cilacap assets from the SOE Minister.

Future targets for Cilacap include the completion of the JVDA agreement and asset valuation with Saudi Aramco partners, approval of the pre-investment decision, implementation of early works such as site development, route re-route, and public facilities, as well as the completion of project engineering.

For Bontang, the strategic achievement in 2018 was the signing of a framework agreement (FWA) with Oman’s Overseas Oil Group (OOG) partner on 10 December 2018. The next steps include refinery location, land acquisition, RTRW adjustment, BFS settlement, and starting work BED and FEED.

For the Balongan project, a framework agreement for a petrochemical project was carried out with CPC, Taiwan, on 11 October 2018, as well as the completion of a consultant tender for the pre FEED survival phase, linear phase flexibility programming, and FS petrochemical project.

Tallulembang said that aside from the RDMP and GRR projects, another strategic project being worked on by Pertamina was the Project for the Development of the RU III Plaju Green Refinery, the SPL/SPM SPM Project, and the Cilacap RU IV Blue Sky Project (PLBC).

For RU III Plaju, a pilot project for the development of a green refinery will be developed where the implementation of Co-Processing CPO (Crude Palm Oil), which has produced Green Gasoline and Green LPG has been successfully carried out. In the long term, Pertamina has collaborated with Italy’s Eni. This collaboration is part of Pertamina’s commitment to providing environmentally friendly fuels while optimizing domestic natural resources to create resilience, independence, and national energy sovereignty.

For the Underwater Pipeline Project (SPL) and RU VI Balongan Crude Oil Loading (SPM) Facility, mechanical completion has been completed on 27 December 2018. Meanwhile, the next step is operational acceptance, transfer of assets to RU Balongan, and permanent installation of buoys.

For the Cilacap Blue Sky Project, in 2018, EPC work has reached 93.75% and pre-commissioning preparation. The future target is mechanical completion, commissioning, operational acceptance, and hand over to RU Cilacap. 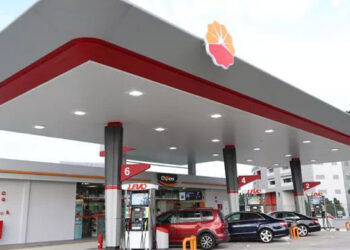 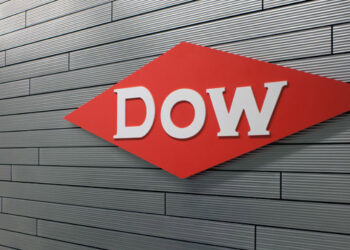