Home / FLD / Total ties up with Adani Group to open 1,500 service stations in India over 10 years

Total ties up with Adani Group to open 1,500 service stations in India over 10 years 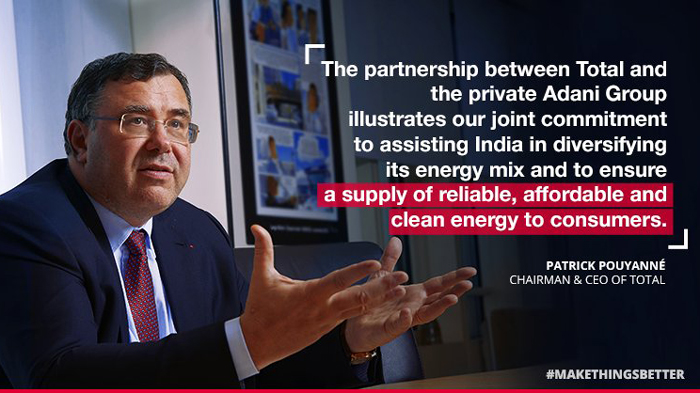 French energy giant Total and the Adani Group will create a joint venture in India, with the objective of building a retail network of 1,500 service stations over 10 years. These new service stations, in line with international standards, will offer Indian customers Total’s full lineup of fuels, lubricants, as well as a broad range of other products and services. The two companies said they wanted to tap the domestic fuel market, currently growing at 4% per year.

“India’s energy consumption will grow among the fastest of all major economies in the world over the next decade. The partnership between Total and the private Adani Group illustrates our joint commitment to assisting India to diversify its energy mix and to ensure a supply of reliable, affordable and clean energy to consumers. We are thrilled to build this broad partnership with the Adani Group, benefitting from its in-depth knowledge of the Indian energy market, as well as its access to infrastructures through a significant footprint in several of the country’s key ports,” said Patrick Pouyanné, chairman and CEO of Total.

Speaking on the occasion, Adani Group Chairman Gautam Adani, said, “I am delighted to partner with Total, one of the biggest energy companies in the world. The collaboration enables us to associate with Total’s century-old legacy, global presence, scale and unparalleled go-to-market expertise. The global synergy between the two groups presents widespread benefits and long-term value for the economy and the people of India.”

The agreement also includes cooperation in the area of liquefied natural gas (LNG). The companies will jointly develop various regasification LNG terminals, including Dhamra LNG, on the east coast of India. 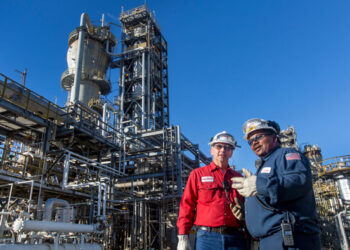