Representatives in Guangzhou, the capital city of south China’s Guangdong Province, Beijing, and The Hague, Netherlands, signed the agreement via video link.

With an estimated annual output value of CNY38.2 billion (USD5.4 billion), the project is scheduled to start construction in the city of Huizhou, Guangdong Province, in 2021.

Founded in 2000, the CNOOC and Shell Petrochemical Company Limited is one of the largest chemical joint ventures of Royal Dutch Shell in China.

Ben van Beurden, Shell CEO, said that the joint venture has developed into one of the largest and most competitive petrochemical facilities in China and the world.

CNOOC and Shell Petrochemical Company Limited had in total produced nearly 15 million tonnes of ethylene with a net profit of more than CNY20 billion (USD2.8 billion) by the end of 2019, according to CNOOC Chairman Wang Dongjin. 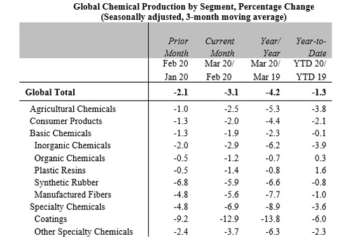