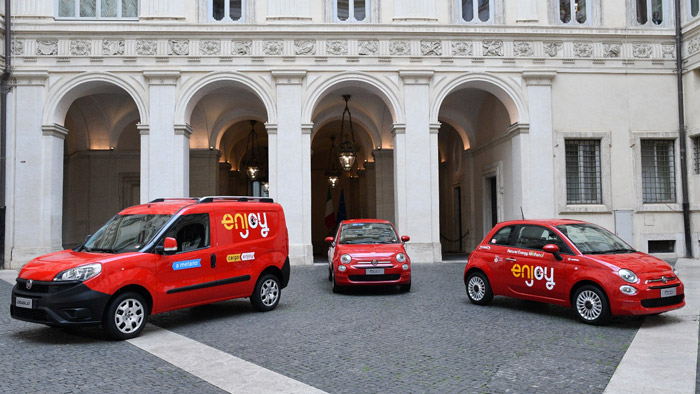 On 21 November 2017, Italian multinational energy company ENI and Fiat Chrysler Automobiles (FCA) signed a Memorandum of Understanding for the joint development of projects aimed at reducing CO2 emissions from road transport vehicles. The strategic agreement, inked in Rome, not only signalled the two company’s commitment to sustainable mobility, it also combined 66 years of oils and fuels experience with the know-how of the world’s eighth largest automaker.

On 3 April 2019, ENI announced the partnership had led to the development of a new alternative fuel which emits up to 3% lower CO2 exhaust emissions. The low-carbon fuel “A20” incorporates 15% methanol and 5% bio-ethanol alcohol content and was tested under the new Worldwide Harmonized Light Vehicle Test Procedures (WLTP).

Preliminary road testing was completed using five Fiat 500s from ENI’s Enjoy fleet in Milan. However, the fuel is compatible with more than 60% of petrol cars in Italy, approximately 12 million vehicles, says ENI. A 13-month testing period included 9,000 journeys and travel in excess of 50,000 kilometres. The vehicles exhibited improved performance, owing to a high-octane number, and a reduction in emissions, says ENI.

Further development is planned by ENI and FCA to raise the volume of hydrocarbon components from renewable sources – to lower “well-to-wheel” CO2 emissions even further.