In the last issue of Fuels & Lubes International, we covered the dwindling supply of Group I base oils from the market. They are being squeezed out as the automotive industry shifts to lower-viscosity, Group II and III base oils. As the base oil market shifts away from Group I production to Groups II and III, less bright stocks are being produced globally.

Bright stocks are high-viscosity base oils that are produced at Group I base oil refineries. The applications that rely on bright stock are faced with two options: continue to use bright stocks, which are getting pricier because of declining availability, or consider alternatives.

In March, during F+L Week 2016 in Singapore, Mehdi Fathi-Najafi, senior technical coordinator at Nynas AB, discussed Group I alternatives. The overall market preference for thinner oils is partly due to the “paraffinic quality shift,” the higher valuation of paraffinic molecules over naphthenic ones, he said. Paraffinic molecules have an impressive viscosity index profile, and therefore work well in engine environments, and are more and more needed in automotive applications due to stricter emissions and fuel economy requirements. This takes paraffinic oils away from industrial applications where they are also being used.

Ed Casserly, director of refinery research and development at Ergon, Inc., who spoke at the annual meeting of the Society of Tribologists and Lubrication Engineers (STLE) in Las Vegas, Nev., U.S.A. in May, offered alternatives to bright stocks.

Fathi-Najafi and Casserly both emphasised that for industrial applications, naphthenic oils can work just as well and should be given more focus. Both work for naphthenic base oil producers, Nynas and Ergon, respectively.

The 2015 data published by U.S. consulting firm Kline & Co. show that about 50% of finished lubricant global demand goes to automotive applications (engine oil, gear oil and automatic transmission fluid), while 30% are used in industrial applications, 15% in process oils and 5% in marine oils. As far as bright stock, automotive and industrial applications equally comprise one-third of demand, while process oils and marine oils each comprise 15%.

“Motor oil is a big driver for lubricant use, so that’s going to define what kind of base oils are going to be produced,” said Casserly.

It is cheaper to use bright stocks than synthetic alternatives such as polyisobutylene (PIB), high viscosity polyalphaolefin (PAO) and polyalkylene glycol (PAG) which can cost between USD 1,900-2,300 per metric tonne for PIB and PAO and upwards of USD 4,000 for PAG. Bright stocks are in the range of USD 850-880 per metric tonne.

Casserly said 20% less HyGold 5000BS can be used to reach the same ISO VG of a conventional Group I base stock because of its higher viscosity.

The HyGold product is finding a place in the market, particularly in industrial gear and hydraulic oils. It has also received provisional approval for use in two- and four-stroke marine applications. In the automotive area, it is being used in monograde engine oils and in SAE 20W-50 formulations.

Besides its high viscosity, HyGold 5000BS has an attractive light gold color. The term “bright stock” refers to the oil’s color, which is typically bright orange or red. While “color is in the eye of the beholder,” it remains a critical aspect of bright stock in many applications, he said. “Most people would intuitively relate a lighter and brighter color to increased purity and stability,” he said. “Whether that is true depends on many variables.” 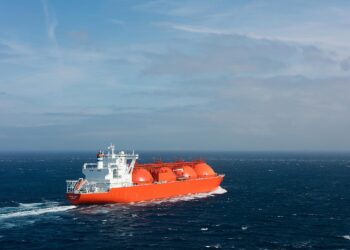 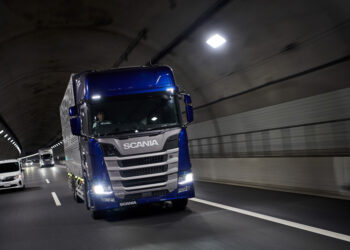