The first quarter results from Germany’s Fuchs Petrolub SE perhaps provides the global lubricants industry the best barometer for the industy’s overall financial performance and health. Yesterday, the world’s largest independent lubricant manufacturer says the outbreak of the Covid-19 pandemic in China has resulted in a decline in group sales revenues and earnings of around 4% and 6%, respectively, in the first quarter. The company says the impact of the Covid-19 pandemic is still comparatively small in the first quarter. For the first half of the year, significant decline in earnings in the order of 30% is expected, the company said.

”We are expecting a significant drop in sales revenues and earnings in the second quarter, which will probably continue in the second half of the year, although hopefully at a slower pace. Fuchs is well-positioned to respond to the crisis and has a solid financial basis. The stability and structure of our balance sheet form a solid foundation for the further development. There is a positive effect from the low proportion of fixed costs and the high proportion of raw materials, which gives us breathing room regarding sales revenues. In addition, Fuchs is once again benefiting from its global presence and broad-based product portfolio. For example, we are seeing signs of recovery after the sharp downturn in China in the first quarter, which is helping to mitigate declines in other regions,” said Stefan Fuchs, chairman of the Executive Board.

In a challenging economic environment, Fuchs Petrolub generated sales revenues of EUR616 million (USD671.2 million) in the first quarter of 2020, which is moderately below the previous year’s level. Growth in North and South America continued due to acquisitions but did not offset the decline in sales revenues in the Asia-Pacific region due to the impact of the Covid-19-pandemic in China.

The income statement for the first three months of the year is influenced by the positive upward trend in the gross margin from the previous year, with gross profit increasing slightly despite the decline in sales revenues related to Covid-19. Earnings before interest and taxes (EBIT) was down 6% year-on-year at EUR72 million (USD78.4 million). Earnings after tax declined by 7% to EUR51 million (USD55.5 million).

Sales revenues and earnings by region

There was positive EBIT growth in the region EMEA due to high internal deliveries from Germany to China at the start of the year and significant earnings increases in Poland. In addition to a significant slump in business in China in February, EBIT is also being impacted by declining sales revenues in the automotive and mining industries in the region North and South America and by bad debt losses in North America. In the region EMEA, EBIT rose by 13% to EUR43 million (USD46.8 million). The Asia-Pacific region’s EBIT decreased by 19% to EUR17 million (USD18.5 million) and the EBIT of the region North and South America by 14% to EUR12 million (USD13 million).

In mid-March, the International Monetary Fund (IMF) lowered its forecast for global economic growth dramatically. The IMF expects the global economy to shrink by 3% in view of the global Covid-19-crisis. 2020 is expected to bring the worst recession on record since the Great Depression in the 1930s. The IMF pointed out that estimates would depend on the duration of the pandemic and were subject to extreme uncertainty.

As a consequence of the Covid-19-pandemic, Fuchs said the group will be unable to meet its expectations for the full year as published in March.

“The difficult market environment is set to deteriorate in the second quarter of the year, in which we are expecting a significant drop in earnings in the order of 50%. This represents a significant decline in earnings of around 30% year-on-year for the first half of the year. This statement is subject to great uncertainty. The effects of the crisis on supply chains, production and customer demand cannot currently be reliably estimated. A further or prolonged decline in demand due to the recession could have a negative impact on Fuchs’ economic development,” the company said in a statement.

Fuchs reiterated it has solid capital and balance sheet structure and “enough precautions have been taken to maintain liquidity, even after dividend payments.”

It added that further forecasts for the rest of the year are not possible under the current circumstances. 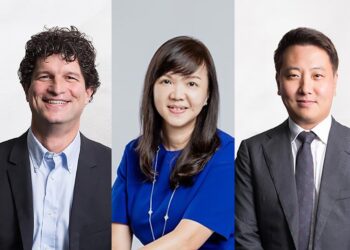