Petronas plans to introduce Malaysia’s first mobile refuelling service called Rovr to B2C customers by year end. So far, Rovr has delivered more than one million litres of fuel to B2B or commercial customers since October 2018 as part of a pilot program.

Rovr currently has one 4,000-litre and three 11,000-litre capacity trucks for commercial customers.  Each truck is equipped with sensors to monitor vital information and to maintain operational safety throughout the duration of the service.

According to CEO Datuk Seri Syed Zainal Abidin, Petronas Dagangan Berhad has received positive feedback from their customers. For businesses that own vans and trucks, this is an effective and convenient way to refuel their entire fleet. All you’ll need to do is to schedule an appointment and Petronas will send their tank truck to refuel your fleet. The fuel can be paid using the customer’s Petronas SmartPay card. This solution can solve a major pain point for truck drivers since there are petrol stations that have limitations for large commercial vehicles.

Rovr will soon embark on a pilot programme for B2C customers, using a 3,000-litre capacity truck. Petronas will send its Rovr truck at local hotspots, where users can refuel at their own convenience. According to Petronas, the B2C service will deliver Petronas’ Primax 95 with Pro-Drive at high-traffic hotspots to expand its coverage area beyond its existing network of Petronas stations.

Unlike a conventional petrol station, all you’ll need to do is to park your vehicle besides the Rovr truck. The Rovr Ranger will refuel for you so you won’t have to alight from your car. Consumers can choose how they want to pay for their fuel, and they can still earn points with their Mesra card. Petronas says it is expanding Rovr services nationwide by setting up more refuelling sites by the end of this year. 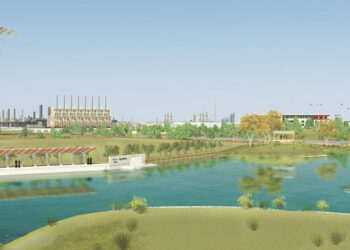