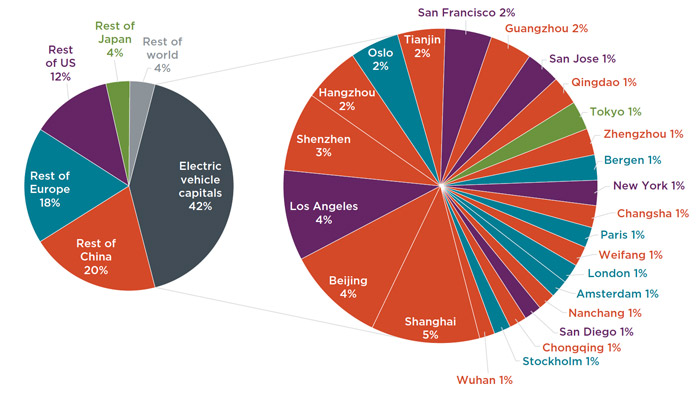 China has raised its sales target for electric vehicles to 25% of new car sales by 2025, according to a draft policy published by China’s Ministry of Industry and Information Technology.

The Chinese government announced in 2017, its latest roadmap for the industry, that so-called “new-energy” vehicles which include full-electric, fuel cell and plug-in hybrids, should represent more than 20% of vehicle sales by 2025.

The proposal, covering NEV development from 2021 to 2035, did not include sales forecasts or targets for 2030 or 2035. China is also discussing introducing stricter green car quotas in coming years that would require carmakers to produce a specific number of NEVs.

Currently, China is the largest market for electric vehicles, but still, electric vehicles only account for about 5% of total automobile sales in the country. In 2018, 28.1 million cars were sold in China, of which 1.3 million are new energy vehicles. Sales of new energy vehicles have been a bright spot in an otherwise lackluster car market, with sales up by 62% last year, compared to a 2.8% decline in total car sales. But a steep reduction in subsidies this year has dampened NEV sales in recent months. In October, NEV sales declined by 45.6% from the same period a year ago.

Several major cities in China, including Shanghai, Beijing, Shenzhen, Tianjin, Guangzhou, and Hangzhou, have set limits on new car registrations in order to tackle increasing congestion and air pollution. New car licenses are distributed through an auction (as in Shanghai), a lottery (as in Beijing), or a combination (as in Shenzhen). These quotas represent a significant impediment to licensing a new gasoline vehicle in these cities. In Beijing, only one in 2,000 applications received in 2018 was approved, whereas the cost through the auction in Shanghai reached about CNY88,000 yuan (USD13,300). In each of these cities except for Beijing, there is no limit on the number of electric vehicles that can be registered, offering an electric vehicle buyer a substantial advantage compared to purchasing a gasoline vehicle. In Beijing, a separate quota is also imposed on new electric vehicles.

The electric vehicle market continues to grow worldwide, with the global stock of electric passenger vehicles surpassing 5 million in 2018. The key markets of China, Europe, the United States, and Japan together account for more than 96% of passenger electric vehicle sales through 2018. 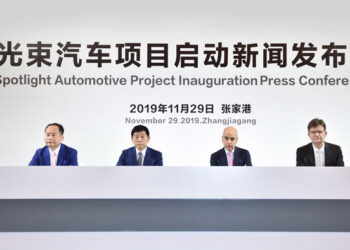 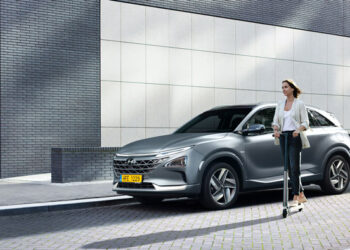