Gen III Oil Corporation, based in Vancouver, Canada said it is involved in offtake supply discussions and commercial negotiations of varying scope and timing with several base oil purchasers and blenders. It also announced that it has successfully completed Group III base oil offtake sample testing at the facilities of a “super-major” fuels and lubricants producer. Gen III Oil has also initiated Group III base oil sample testing at the formulations’ facility of another super-major, the company added.

Due to positive lab results and the completion of their review of Gen III’s data room, one of the “super-major potential clients” has requested Gen III enter into commercial negotiations for the purchase of its Group II+ and Group III base oils.

“The potential client is a multi-billion-dollar, international producer of fuels and lubricants, which has stated its intention to become a net-zero carbon emitter. The potential client’s name will remain confidential for competitive reasons,” Gen III said in a statement.

So far, Shell, BP and Total are the only “super-majors” who have announced plans to become a net-zero emissions energy company.

“This is indeed a significant set of developments resulting directly from the positive outcome of the potential client’s due diligence on our ReGen™ process and their technical analysis of Gen III’s Group III base oil samples. During recent discussions, the potential client also acknowledged the importance of securing industry accreditations and specifically referenced Gen III’s American Petroleum Institute licensed passenger car motor oil (PCMO) formulations. These three PCMO’s were built on our Group III base oil by a top global lubricants’ additives manufacturer in 2019. We believe the potential client’s acknowledgement of our API certifications further supports the extraordinary engineering, time, science and capital resources that have gone into making Gen III’s evolutionary process,” said Greg Clarkes, CEO of Gen III.

In the management’s opinion, the pace of these offtake discussions are accelerating, particularly when one considers the sheer size of super-majors, the number of parties involved in the discussions and the overall effects from the ongoing Covid-19 pandemic. Clarkes added, “Gen III is working diligently with our strategic, world-class partners to maximize the opportunity our unique assets are positioned to exploit. While there is no guarantee of a successful outcome, nor of the timeframe in which this might occur, things are rapidly moving in the right direction.”

The company said that the proposition of reducing greenhouse gases emissions by up to 360,000 tonnes/annum at the 2,800 barrel-per-day (bpd) Alberta, Canada, facility, versus burning or disposal of used lubricating oils, and the production of higher quality, re-refined Group II+ and Group III base oils is a compelling story to large hydrocarbon producers and re-refinery developers globally.

“Environmental pressure on the traditional petroleum industry and all levels of government has contributed significantly to a wave of recent interest in the Company’s ReGen™ process and projects. Simultaneously, there has been an accompanying increase in the number of financial institutions tying credit facilities and debt issuances (i.e. Green Bonds and Transition Bonds) to carbon reduction targets for multi-national, industrial conglomerates under the banners of ESG (Environment, Society and Governance) and Impact Investing, which is boding well for Gen III and its patented, ReGen™ liquid waste recycling technology,” the company said in a statement.

With respect to financing, Gen III has a senior debt facility term sheet for up to CAD72 million (USD) in hand from Export Development Canada and another term sheet from a U.S.-based private debt entity. The company is continuing to deal with a number of investment dealers, institutions and high net worth individuals for non-dilutive project level financing.

In addition, the company said it is working with different levels and departments of government towards pandemic-related stimulus funds and emissions reduction related grants, “due to the hundreds of immediate and high paying jobs the company will create during the final engineering, fabrication and construction phases of the project.”

Gen III is also involved in discussions with a syndicate of First Nations groups who are seeking long-term, reliable cash flowing projects, that create employment opportunities and are aligned with their traditional, environmental stewardship values.

Gen III owns a portfolio of patented technologies that enable used motor oil (UMO) re-refineries to produce a higher value product mix of base oils than traditional methods, including 55% Group III. The company’s first full-scale facility is currently under development in Alberta, Canada, with targeted production commencing 18 months after the requisite financing is obtained.

With off-take agreements in hand, the company has in place agreements for the sale of all its finished products when commercial production begins at its Alberta facility. The Alberta facility is being designed to process 2,800 bpd of used motor oil into a range of base stocks and related petroleum products. For more information, visit www.geniiiesg.com. 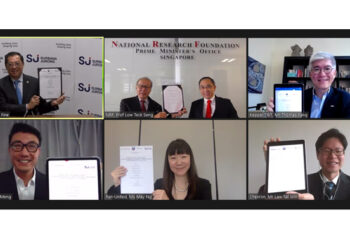