Nacero, based in Houston, Texas, U.S.A., has signed agreements with Haldor Topsoe for basic engineering and license for a planned natural-gas-to-gasoline facility in Casa Grande, Arizona, U.S.A., with a capacity of 35,000 barrels-per-day of finished gasoline. Pending final investment decision, Topsoe will also supply proprietary hardware, catalysts, and services.

Gasoline from TIGAS™ is free of sulfur, cost-competitive, and seamlessly replaces traditional gasoline in car engines. The TIGAS™ process utilizes large amounts of natural gas, which today is often vented or flared, and converts the gas into a useful product.

The world’s only large-scale natural gas-to-gasoline plant produces 15,500 barrels-per-day of gasoline. Nacero’s planned facility will have more than double that capacity.

Nacero selected Haldor Topsoe and TIGAS™ after careful consideration of competing technologies. A highly influential factor was that the TIGAS™ technology is industry-proven and backed by a strong commitment from Topsoe. Topsoe initially developed the TIGAS™ technology and catalysts in the late 1970’s and has continuously improved the solution through an extensive R&D program for more than 40 years.

“We are proud that Nacero has made TIGAS™ their technology of choice in their ambitious plan to bring gasoline security and jobs to Arizona. This cutting-edge technology will help communities and producers monetize natural gas resources, and reduce imports by producing high-quality gasoline locally,” says Kim Knudsen, executive vice president, Haldor Topsoe.

TIGAS™ comprises Topsoe’s proprietary and widely used SynCOR Methanol™ technology that secures exceptional economy of scale. The Nacero plant will produce more than 10,000 metric tons per day (MTPD) of methanol, which is further processed to gasoline. The only byproduct from the process is purified water which is a valuable resource in the dry area.

The TIGAS™ process has a very high carbon efficiency, and the Nacero facility will have the flexibility to meet various specifications and grades of gasoline. 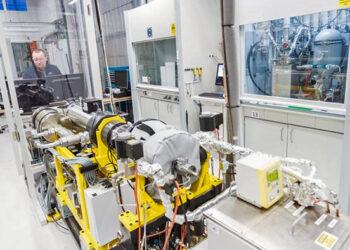 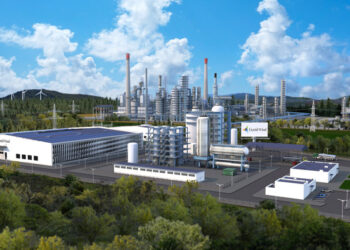