SK Innovation will invest KRW580 billion (USD486 million) in a second electric vehicle (EV) battery manufacturing plant in China. SK Innovation’s Board of Directors approved the investment on 14 May. Details of the investment plan such as the location and the size of the plant are still to be finalized.

The aggregate value of investment projects that SK Innovation has approved over the past year now exceeds KRW5 trillion (USD4.2 billion). Last year, the company began to build its first overseas production base in Hungary, and since then, has put forward investment plans including the construction of a new battery factory in the state of Georgia, the United States.  It held the ground-breaking ceremony for its U.S. plant in March and expects to begin commercial production in 2020.

“We believe that we should make timely investments to take the lead in the fast-growing electric car battery industry,” the company official said. “We will continue to build and expand facilities in order to ramp up our production capacity to 60 GWh by 2022.” The production capacity of 60 GWh can supply 30 kWh batteries to one million electric cars per year.

Last August, SK Innovation broke ground on a state-of-the-art electric vehicle battery factory in Changzhou, Jiangsu Province, in cooperation with its Chinese joint venture partners which include Beijing Automobile Works. In doing so, SK Innovation became the first Korean company to break ground for a factory that produces mid- to large-sized batteries in cooperation with Chinese automakers and overseas battery makers. The factory is under construction on a 300,000-square-meter site. When completed, SK Innovation will have a 7.5 GWh capacity that can supply batteries to about 250,000 units of electric vehicles.

In addition, SK Innovation will have a combined production capacity of about 40 GWh in 2022 when the first and second plants in Hungary and the U.S. plant are completed. The company began to build the first plant in Hungary in March 2018, and the second plant in February 2019. As of the end of March, SK Innovation’s order backlog reached 430GWh, about 13 times as much as its order backlog in March 2016. 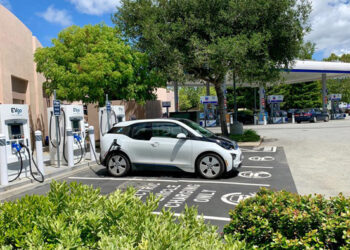