With the collapse in crude oil prices, Sasol said it is postponing its final investment decision on the construction of a USD6 billion gas-to-liquid (GTL) plant in Lake Charles, La., U.S.A. The GTL refinery is the other half of Sasol’s USD14 billion chemicals complex at Lake Charles, which it started building last year.

Sasol said that the first phase of its Lake Charles project, a 1.5-million-tonne-per-year ethylene plant, will proceed without delay. Currently, an ethane cracker is under construction. Sasol’s decision on whether to proceed with the investment was initially scheduled for 24 months after the start of its ethane cracker plant, and that period ends in October of next year.

“The timing of the decision will take into consideration progress made with the execution of the company’s world-scale ethane cracker and derivatives complex, prevailing market conditions and other strategic opportunities,” said David Constable, Sasol’s chief executive.

Besides delaying the GTL plant, Sasol will be scrutinising its operations to identify potential cash savings over the next 30 months. “Those savings will come on top of the current target of at least ZAR4 billion (USD347 million) in sustainable cost savings by 2016, which was confirmed last year as part of our business performance enhancement programme,” said the spokesperson.

Sasol is not the only company that has had to delay its planned energy investments due to the dramatic slide in crude oil prices over the recent months. Shell and its partner Qatar Petroleum decided not to proceed with their proposed Al Karaana GTL and petrochemicals plant in Qatar. 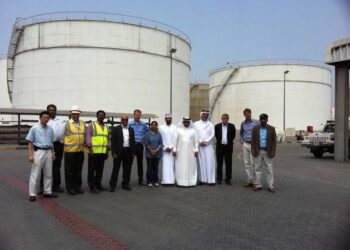 ExxonMobil to produce Group II base oils in Rotterdam