Privately held Hin Leong Trading (Pte) Ltd (HLT), one of Asia’s biggest oil traders, has filed for bankruptcy protection under section 211(B) of the Singapore Companies Act, as it sought to delay the repayment of billions of dollars of debt.

Hin Leong Trading said it did not disclose hundreds of millions of dollars in losses over several years, according to an affidavit signed by Hin Leong founder Lim Oon Kuin, as part of a filing to the Singapore High Court last Friday. Hin Leong and subsidiary Ocean Tankers (Pte) Ltd sought a six-month moratorium on debts of USD3.85 billion to 23 banks.

The company “suffered about USD800 million in futures losses over the years but these were not reflected in the financial statements,” he said. “In this regard, I had given instructions to the finance department to prepare the accounts without showing the losses and told them that I would be responsible if anything went wrong.”

Hin Leong posted a positive equity of USD4.56 billion and net profit of USD78 million in the period ended 31 October 2019, but “HLT has not been making profits in the last few years,” Lim said in the filing, Reuters reported.

Traders were first alerted to problems at Hin Leong earlier this month when the company cancelled a number of contracts because it had not been able to get banks to issue letters of credit.

In a letter to its lenders, the company said the filing was necessary for its survival, adding there was a “real threat of legal or insolvency proceedings being filed, or enforcement steps being taken, at any time.”

Hin Leong said it was prepared to explore the option of judicial management if any of its lenders opposed the bankruptcy filing. This would see an independent manager appointed by a court to run the company.

Lim founded Hin Leong at the age of 20 in 1963 with a single truck delivering diesel fuel to fishermen and small rural power producers in Singapore. The company, which means “prosperity” in Chinese, has grown into one of the biggest suppliers of marine fuel in Asia. Forbes lists Lim as the 18th richest man in Singapore worth USD1.65 billion.

In addition to oil trading, the company is involved in lubricants and grease manufacturing, with a 50,000 metric ton per annum (mtpa) lubricant blending plant in Tuas Terminal in Singapore and in Fuzhou City, Fujian Province, China. In addition, its Chinese facility has a grease production capacity of 10,000 mtpa.

The group’s shipping arm, Ocean Tankers, owns a fleet of more than 130 tankers and is run by Lim’s son, Evan. 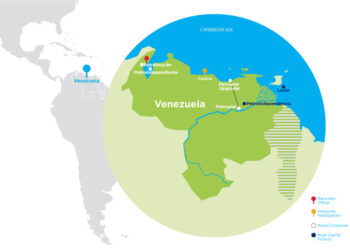