Headquartered in Houston, Texas, U.S.A., Vertex is one of the largest processors of used motor oil in the United States, with a processing capacity of more than 115 million gallons annually, and with operations located in Houston and Port Arthur, Texas; Marrero, Louisiana; and, Columbus, Ohio. Vertex also has a facility, Myrtle Grove, located on a 41-acre industrial complex along the Gulf Coast in Belle Chasse, with existing hydroprocessing and plant infrastructure assets, that includes nine million gallons of storage.

Under the terms of the definitive agreements, Vertex has secured USD3 million in funding to develop the site in Belle Chase, and in the event Tensile exercises the option to close Phase Two, up to an aggregate of an additional USD14.5 million to accelerate the full development of the Heartland refinery and business in Columbus. Subject to a successful pilot program and the exercise of Tensile’s option to move forward with Phase Two, the Heartland refinery and Myrtle Grove will be owned jointly by Vertex and a fund managed by Tensile, through two newly created special purpose vehicles (SPV). Vertex will retain a 35% interest in the HSPV, while Tensile will assume a 65% interest. Separately, Vertex will retain an 85% interest in the MGSPV, while Tensile will assume a 15% interest.

A pilot program to test the viability of high-purity base oil production from used motor oil feedstocks will commence in Phase One, which started on 26 July. Upon successful completion of this pilot program, which is expected to occur during the fourth quarter of 2019, and subject to Tensile’s option to move forward with Phase Two, the second phase will include new capital improvements in the refinery and expansion of the used motor oil (UMO) collections business by the end of 2021.

“Tensile is a valued partner, one who supports our vision to become a vertically integrated refiner and marketer of high purity base oils and IMO 2020 compliant marine fuels,” said Benjamin P. Cowart, chairman and CEO of Vertex Energy.

Vertex has the option to repurchase the Tensile interests in each SPV after three years, while Tensile can put its interest to Vertex after five years. Vertex will retain operational control of both the Heartland refinery and Myrtle Grove. 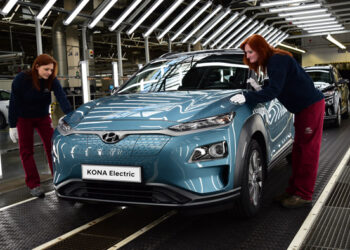 Shandong teapot refineries will start to feel the crunch in 2015